These are beauty and elegance in a giant, pillowy gumdrop. The biggest gummies we've ever come across. The CBD experience is mild and you only get nine, so they're not our daily go-to, but they're worth the splurge at least once.

These are pretty mellow. We don't get the biggest hit of calmness we've ever had, but if you like your cbd gentle, then these are a real treat.

These sugar-dusted gummies capture the marshmallowy joy and airy fruitiness of an actual gumdrop. These contain gelatin (i.e. Not Vegan), and the gelatin is so prominent it kind of feels like a third flavor.

We're not gonna lie: These are pricey. Especially when you consider you only get nine. But the box is so lovely and the quality is top notch, we think these make a great gift idea. It's a splurge and has more of a vibe than, say, wrapping up a cbdmd bottle.

Get 'em from Lord Jones

Enter the Lord of CBD Gummies.

Founded in 2015, Lord Jones sought to position themselves as the most high-quality, transparent, and premium CBD brand on the market, in reaction to the dark, dank, headshop vibes of the cannabis cosmos at the time.

While the CBD aesthetic has shifted dramatically towards the “clean wellness” end of the spectrum since then, Lord Jones still leads the pack, propelled by their celebrity endorsements, Sephora partnerships, and premium pricing.

And even if the CBD world has inundated us with a slew of millennial blands, pastels and sleek 21st century fonts the past few years, the self-proclaimed “World’s Finest” Lord Jones still stands out with their heraldry: from their Royal Oil to their Acid Mantle Repair Moisturizer to their Chocolate Confections, everything about Lord Jones is steeped in majesty and pageantry.

But of course, this is the Gummy Galaxy, so what really caught our attention is Lord Jone’s line of Old Fashioned Gumdrops, which come in a classic set of Lemon and Wild Strawberry (which we’re reviewing here), as well as Blood Orange, White Peach, Wild Berry, and a rotating cast of limited edition flavors.

What makes these “Old Fashioned”?  Fascinatingly, the exact history of gumdrops is shrouded in myth and legend.  We have no real idea of what actual Old Fashioned Gumdrops really were like, and how they evolved into the ubiquitous candy of bowls at your grandparents’ house!

But one thing we know: the word “gumdrop” first appeared in print in 1859, and Lord Jones gumdrop branding gives us those solid mid-19th century vibes. It harkens back to simpler times when Coca-Cola had actual cocaine.

So we ask ourselves: do these new-fangled, CBD-containing “Old Fashioned Gumdrops” effectively conjure the eternal mystery of the Gumdrop?

We ordered some to find out.

They arrived in a beautiful orange box with Lord Jones’ stags emblazoned on the cover.  Inside, nine massive, sparkling gumdrops are arranged in alternating colors, dusted with sugar.  The antique confectionary vibes are palpable.

The Lord of Pillowy CBD Marshmallows has descended into your mouth.

These are massive gummies, an inch thick.  But they’re like chewing air, if air tasted like some kind of vague floral fruit + sugar. These are not your grandmother’s hard, anise hued, ready-to-rip-that-filling-out gumdrops: these are some kind of CBD confectionary magic.

We have no idea how they got the texture to be so unbelievably fluffy, but we do believe it probably has something to do with the Dark Arts of Gelatin.

a digression into gelatin

In our reviews, we often note whether or not something is vegan, not because vegan is a buzzword these days, but because we want to help people know what they’re ingesting, and most, but not all, gummies are made with gelatin.

While we’re not strictly vegan here at the Gummy Galaxy, we do recognize and wrestle with the tension between wellness and health on the one hand, and gelatin on the other.  Because gelatin is extremely animal-derived, it can sometimes be hard to square our ethics and our vitamins.

Why is gelatin used in so many supplement products? Great question. Gelatin thickens and gives support and structure to whatever it’s added to, so it is an easy (and flavorless) way to thicken and give shape to products that need forming agents.

Plus, gelatin is renowned for its mouthfeel: it’s what makes everything from marshmallows to jello so plump and uniquely tasty.

So it’s a litttttle suboptimal to have our gummies be stuffed with boiled horse hooves, but that jelly-like texture holds the world in its thrall, and we’re all kind of just accustomed to it at this point. It takes some concerted effort to avoid gelatin entirely!

There are other options for gummies, like pectin, which is what vegan gummies are made out of, but at the end of the day, the real thing is pretty inimitable.

So ultimately: is gelatin a necessary evil? Up to you, but The Lord Jones doth think so.

And these Gumdrops definitely contain gelatin.

We bring this all up here because these gumdrops have an exquisite texture that’s very gelatin-specific. You can tell immediately these are not vegan.  These are the pinnacle of gelatin craft.

And by that we mean: the texture is ridiculously, insanely good. It’s as if the velvety texture is perfectly mimicking and foreshadowing the soft, luscious CBD calm that’s about to infuse your body.

With its old-timey, grand British Hunting Lodge vibes, you can totally imagine a tony British Earl retiring to his smoking salon after supping on a crisp pheasant, to eat his gelatin-infused CBD gummy.

Basically, these gummies are all about the luxe experience. Animal rights be damned.

But back to our regularly scheduled Flavor Programming:

So now we u-turn back into flavor country!

Once our mouths have wrapped their little minds around the pillowy exquisiteness, we begin to mull over the flavor. While these are considered “Lemon” and “Wild Strawberry” they’re much more vague than that.

That’s not to say they’re not tasty! But the citrus is light and spectral, painted in broad strokes rather than conjured from the lemon tree. There’s a diaphanous quality to the citrus that mirrors the airiness of the texture, and we totally dig it.

And the berry flavor that’s present is less a berry here than berry-by-proxy. There’s some fruitiness, there’s sourness. We actually thought it might be raspberry until we read that it was specifically attempted to conjure a “wild strawberry”.

Overall both of these flavors have a perfuminess that works in tandem with the earthier, CBD vibes. There’s a layered flavor profile in this gummy, and we enjoy sinking into contemplation of it. Much like our British Duke or Earl mulling over the day’s hunting as he puffs away on his pipe.

So are these the World’s Finest? We can attest that they are exceptional. But we can’t tell if it’s the marketing and gelatin that’s ultimately doing some mental trickery.

👉 If you’re looking for a vegan CBD gummy, we highly recommend Not Pot’s CBD gummies. They also contain 20mg of CBD, but come with a genuinely vegetal and true-to-life Wild Strawberry flavor.

We don’t need to be violently yanked into tranquility or anything (well, actually, sometimes we do), but we found these to be pretty mellow, verging on the edge of barely noticeable.  While other CBD gummies can come on pretty strong, the effects of these were as ephemeral as their texture.

That’s our experience, and the reviews on Lord Jones’ site are kind of split: most people love these, but some others complain that they didn’t feel anything.

Our take: these are absolutely worth getting at least once.  It’s a gummy experience that you won’t find elsewhere.

Of course, with Lord Jones products, you’re partially paying for the classy vibes they impart, but ultimately we’re not sure the price makes these a go-to gummy like, say, the Highline Wellness CBD Anytime.

We love Lord Jones’ high standards for testing, their commitment to quality and transparency, and the decadent aesthetic.  But that said, all of the CBD products we review on this site fall into the high-quality, third party tested, and sometimes vegan realm!

So it’s up to you where you want your CBD allowance to go.  If you’re looking to splurge, or for an opulent gift: these are the Gumdrops you’ve been waiting for.

The biggest bummer for us was that they eventually dried out in the cardboard box after a few months (we were trying to savor them over time!).   If you like your gummies to last a while and you just take them on occasion, consider yourselves warned.

Get them from Lord Jones.

Get 'em from Lord Jones 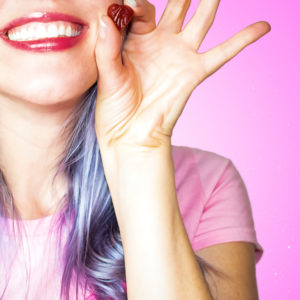 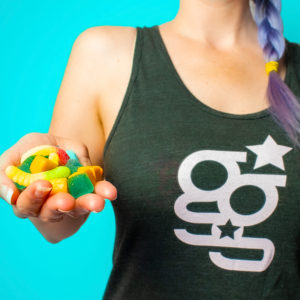 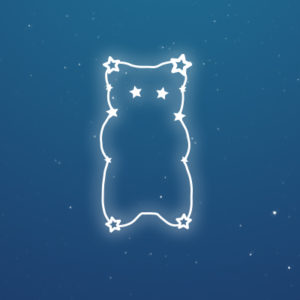